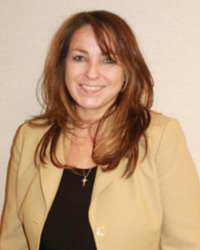 Wyandotte, Michigan, September 13 – April Knoch, an Associate Attorney with the Wyandotte firm of Pentiuk, Couvreur & Kobiljak, has been named to the Michigan Rising Stars list as one of the top up-and-coming attorneys in Michigan for 2012.  Each year, no more than 2.5% of the lawyers in the state receive this honor.  The selection for this respected list is made by the research team at Super Lawyers.

Super Lawyers, a Thomson Reuters business, is a rating service of outstanding lawyers from more than 70 practice areas who have attained a high degree of peer recognition and professional achievement.  The annual selections are made using a rigorous multi-phased process that includes a statewide survey of lawyers, an independent research evaluation of candidates, and peer reviews by practice area.

The Rising Stars lists are published nationwide in Super Lawyers magazines and in leading and regional magazines across the country.  For more information about Super Lawyers, go to superlawyers.com.

The first Super Lawyers list was published in 1991 and by 2009 the rating service had expanded nationwide.  In February 2010 Super Lawyers was acquired by Thomson Reuters, the world’s leading source of intelligent information for businesses and professionals.

← Refinancing Your Mortgage?
The Convict Next Door: New Rules on Convictions affect all Cooperatives →

This website is published by Pentiuk, Couvreur & Kobiljak, P.C. Copyright © 2003. All rights reserved. No duplication permitted without the prior written permission of the publisher. FOR MORE INFORMATION CALL: (734) 281-7100. The opinions expressed herein are those of the author and not necessarily those of the firm. Readers are cautioned to consult legal counsel prior to implementation of new ideas obtained herein.
%d bloggers like this: